Get fresh music recommendations delivered to your inbox every Friday.

You can't be safe from the effect of love 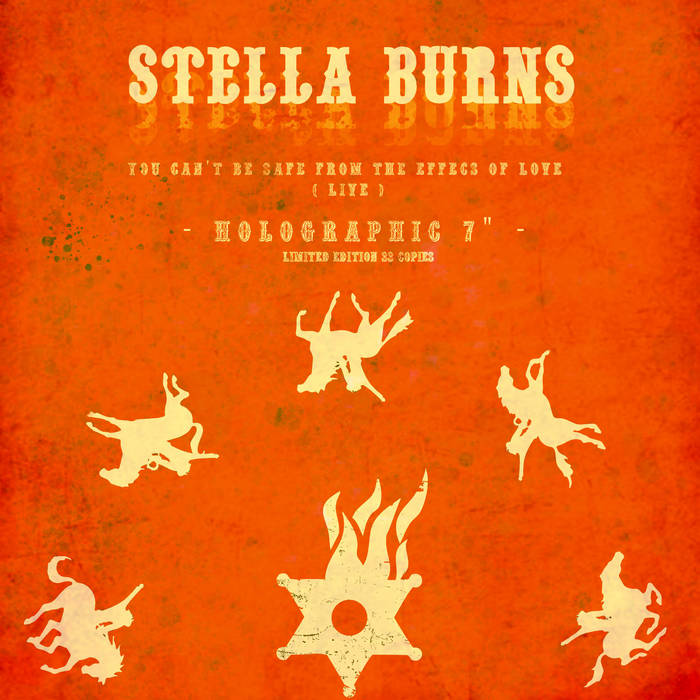 Stella Burns is the project and nom-de-plume of Italy-based singer-songwriter and musician, Gianluca Maria Sorace.
Stella has been the front-man with Hollowblue, who have recorded three albums of richly-textured, strings-laden pop, won at 3D Film Festival in Hollywood with the first Italian stereoscopic 3D music promo and received an entire page of praise on the official David Bowie site. Many collaborations: Anthony Reynolds, Sukie Smith, the American writer Dan Fante between the others.
Stella Burns maintains Sorace’s swooning, gorgeous vocals, which have drawn him comparisons by ‘Uncut’ with Billy Mackenzie, but is otherwise a very different act. Much starker and largely acoustic in tone, it finds Sorace experimenting with a dozen different instruments including banjo, mandolin, cello, harmonica and trumpets.
As befits the “space cowboy” character whom he has based Stella Burns around, it is with its scorched, windswept soundscapes like a stripped-down and lo-fi Ennio Morricone or Calexico.
Stella Burns played for the first time in Paris and debuted in January 2014 with the album “Stella Burns loves you” and at the end of 2016 released, with The Lonesome Rabbits, “Jukebox Songs”(with covers by Calexico, Handsome Family, Cohen and Italian singers from the past).
The two albums have been mastered in Tucson by Jim Blackwood (Calexico, Giant Sands) and received great acclaim in Italy.

Bandcamp Daily  your guide to the world of Bandcamp